What next for Kabul’s airport?


With the Taliban in possession of Kabul’s airport after the United States completed its withdrawal on Tuesday, the focus will now shift from the mammoth Western evacuation operation seen in the past two weeks to the group’s plans for the transport hub.

The symbolism of the airport was underlined on Tuesday when the Taliban’s top spokesperson stood on its runway and declared victory over the United States. But what happens next remains unclear. Here is a look at the future of Hamid Karzai International Airport:

Who is going to run security?

Attacks in the past week have shown the airport is a target for terrorists, so security is the primary concern.

A suicide bombing — claimed by the Islamic State’s Afghanistan chapter — struck one of the main gates, killing more than 100 people including 13 US troops.

On Monday, rockets were fired towards the airport, which the Taliban said were intercepted by the airport’s missile defence systems.

After the Taliban seized power, the United States took control of the airport to manage the evacuation of tens of thousands of people, with the help of military contingents from other countries. 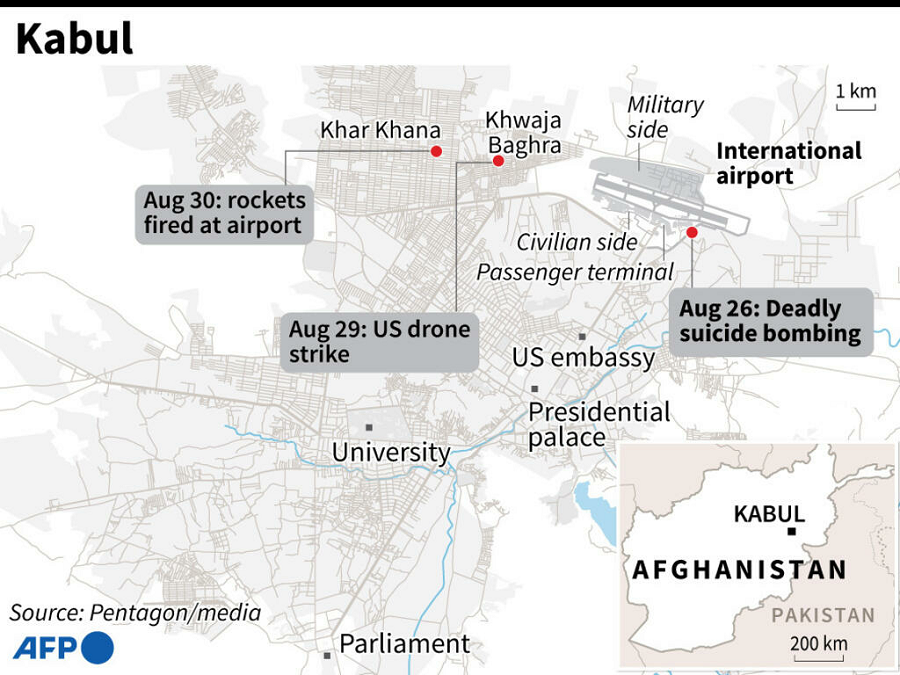 Turkey had offered to run security following the withdrawal of foreign troops, but the Taliban repeatedly said it would not accept any foreign military presence in Afghanistan after August 31.

“Our fighters and special forces are capable of controlling the airport and we do not need anyone’s help for the security and administrative control of the Kabul airport,” Taliban spokesperson Bilal Karimi told AFP on Monday.

However, Michael Kugelman, a South Asia specialist at the Wilson Centre think tank in Washington, said the installation of a foreign security presence would be necessary if airlines were to return, and that a deal could yet be struck.

“There are all kinds of alarm bells that should be sounding for commercial airlines that I imagine would not be comfortable getting into the airport.”

Who will operate the airport’s logistics?

As far as the US is concerned, State Department spokesperson Ned Price said on Friday that it was “essentially giving the airport back to the Afghan people”.

Like with security, there were discussions with Turkey over running logistics.

President Recep Tayyip Erdogan said his country was still assessing the group’s offer, but with the Taliban insisting on controlling security, Erdogan appeared to drop the idea.

“Let’s say you took over the security but how would we explain to the world if another bloodbath takes place there?” he said.

Running and maintaining an airport is complex and requires expertise.

With thousands of skilled workers believed to have fled the country — despite Taliban pleas for them to stay — questions remain over whether there will be enough trained workers left in the Afghan capital.

What state is the airport in?

US officials have said the airport is in a bad condition, with much of the basic infrastructure of the airport degraded or destroyed.

A pilot told AFP the airport terminal building was trashed by passengers during the chaos of the early days of the Taliban takeover. 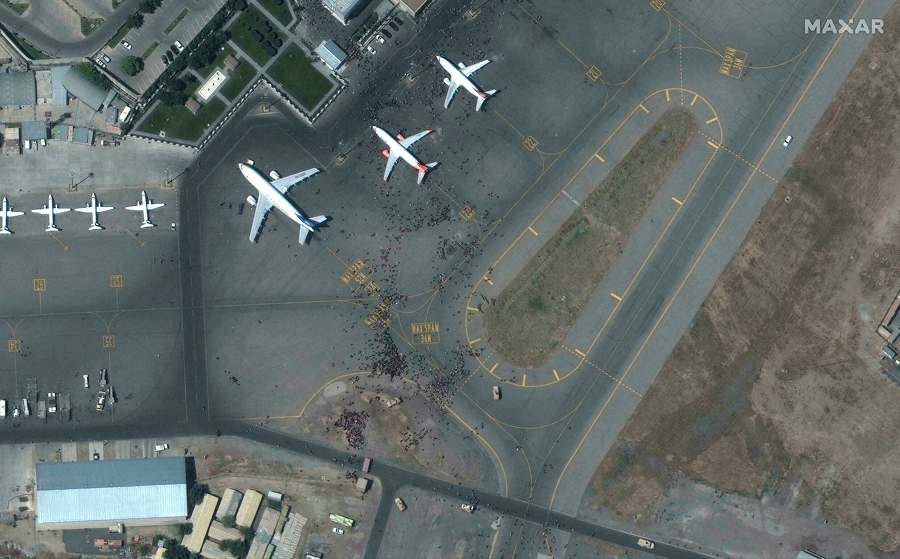 As well as the passenger halls, critical infrastructure has been destroyed, including air traffic control terminals, which will need to be replaced for commercial flights to run again.

On the plus side, the two-week mass evacuation campaign has shown that the airport’s runways are at least operational, if in poor condition.

The Taliban have insisted they want to keep the civilian airport open, but without guarantees over security, commercial airlines simply won’t operate out of Kabul.

“You’re looking at a perfect storm of risks for airlines,” Kugelman said.

A key incentive to operate a functional airport would be the boost it would give to the Taliban’s international image.

“If the Taliban’s looking to get recognition and legitimacy from governments around the world, then it has to have a working, safe, trusted airport in place,” Kugelman added.

But it is likely to take time.

Will people even be allowed to leave the country?

The Taliban have insisted Afghans will be able to come and go.

The group’s deputy chief negotiator, Sher Mohammad Abbas Stanikzai, said those with passports and visas can go abroad “in a dignified manner and with peace of mind” after commercial flights open. 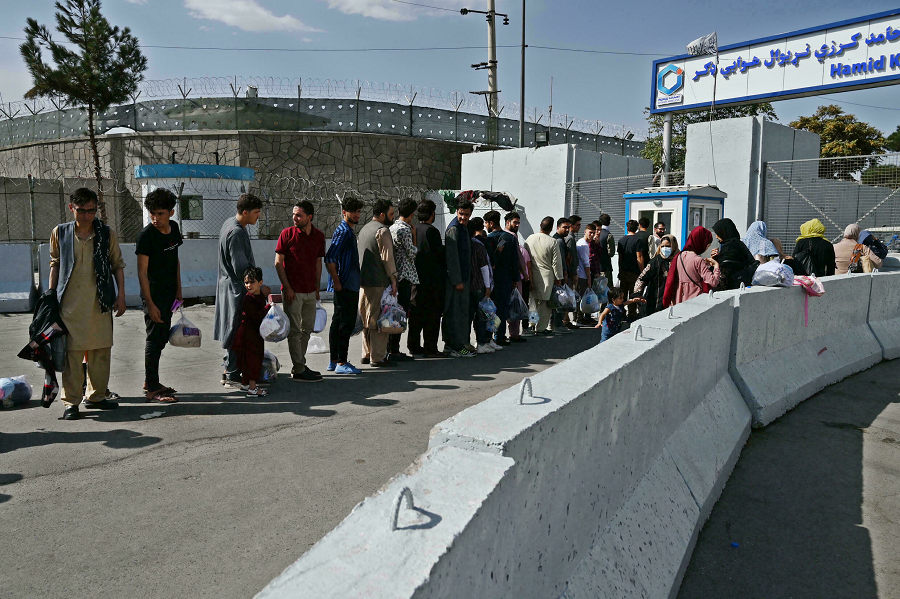 However, many are sceptical about the Taliban’s claims that they will not seek revenge against those who worked for the collapsed government or foreign forces.

And Kugelman said he believed the Afghans who did not manage to be evacuated before August 31 may now be too afraid to travel to the airport.

“I think that for many of them who already have reason to fear the Taliban, the prospect of trying to escape the country by going to an airport controlled by the Taliban will be a very unpalatable thought.”