The federal government has approved the appointment of Rao Sardar Ali Khan as the new chief of Punjab Police in a notification issued by the Establishment Division on Tuesday.

The newly-appointed inspector general police (IGP) was performing duties as the head of Punjab Safe City Authority in Lahore before his appointment as the provincial police chief.

Sardar Ali Khan, who hails from Lodhran, is considered among the “best” professional and experienced officers of the Pakistan Police Service. He joined the police service in 1990 as the assistant superintendent of police (ASP).

Over the course of his 30-year-long career, IG Sardar Ali Khan has served as Punjab Welfare and Finance’s Additional IG and Counter-Terrorism Department (CTD) AIG.He has also held the posts of SDPO Samhari, Jaffarabad and Ferozwala.

After promotion to the rank of superintendent police (SP), he served as SP in Faisalabad, Bahawalpur, Sargodha, Rahim Yar Khan, Special Branch, Chakwal and Mianwali. He was later transferred to Islamabad after having served as AIG Development and AIG Logistics.

He has also served as the Lahore DIG Operations, Faisalabad CPO, Sargodha RPO and Bahawalpur RPO.

In addition to this, the new police chief has also worked in the Intelligence Bureau for at least five years. He has also served in the UN Mission for eight months and in Australia for two years. 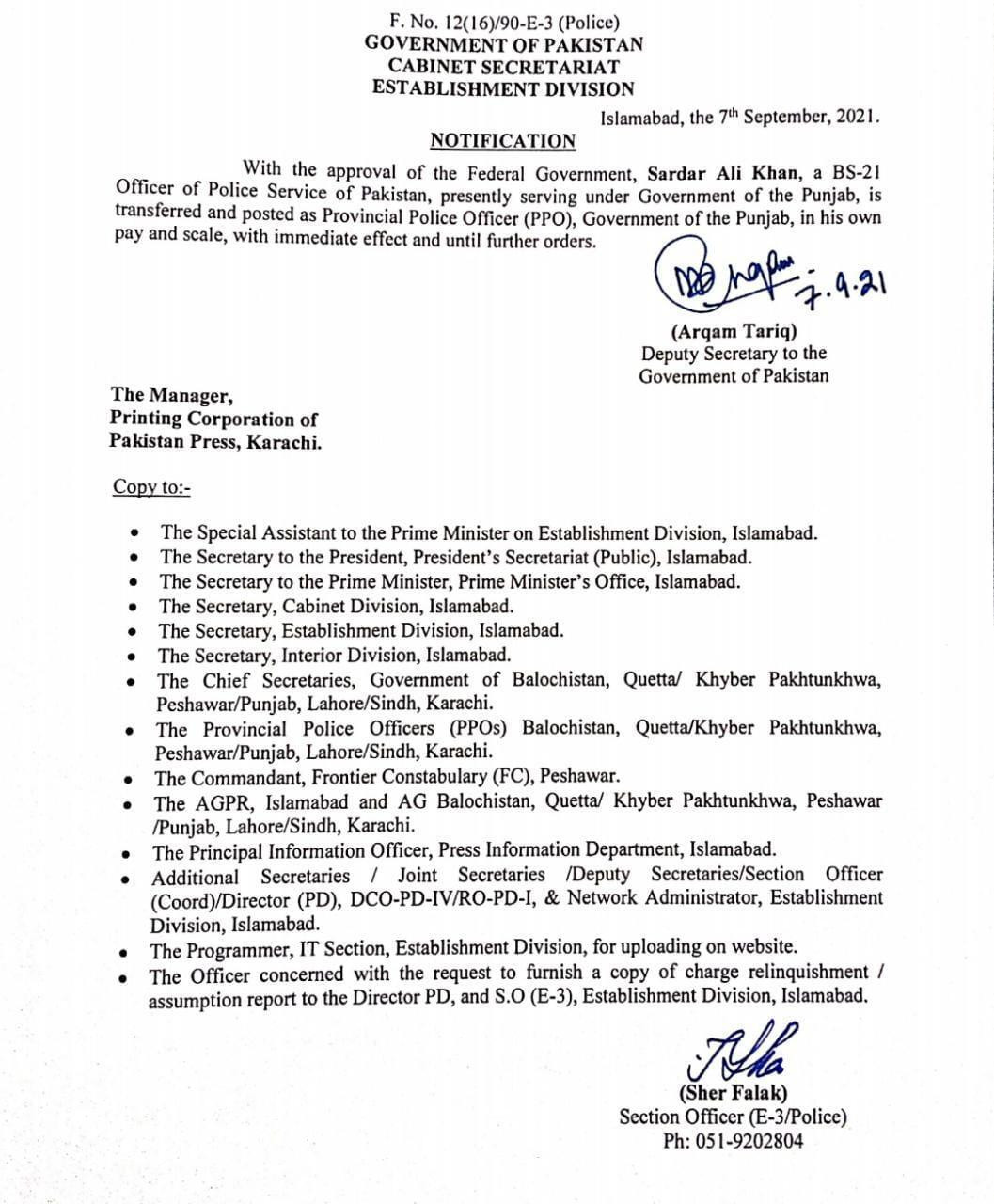 Turkey says working with Qatar, US on operation of Kabul airport

ANKARA: Turkey is working with Qatar and the United States about operating Kabul airport and …