Peace in Afghanistan is a collective responsibility: CJCSC


A C-130 aircraft of the Pakistan Air Force carrying relief goods landed in Kabul on Thursday.

Pakistan ambassador to Afghanistan Mansoor Ahmad Khan said today’s flight was “just a beginning of the humanitarian assistance for the people of the country”.

Ambassador received the supplies at the Hamid Karzai International Airport and handed them over to Afghan officials.

Talking to media persons, the envoy said the relief goods included around 10 tonnes of flour, 1.5 tonnes of ghee and a huge quantity of emergency medicine. 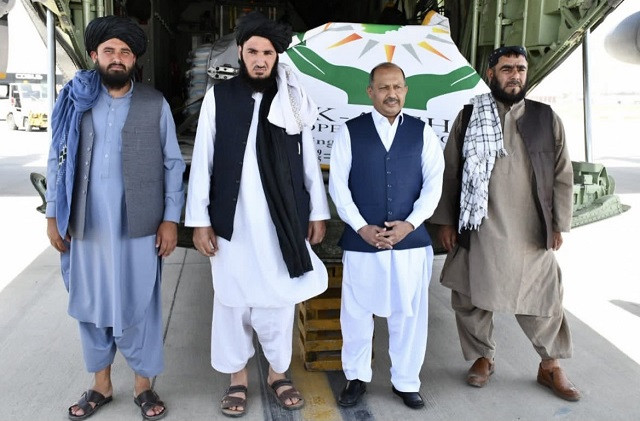 Ambassador Mansoor Ahmad Khan pictured at the delivery of the goods at the Hamid Karzai International Airport. PHOTO: APP

“With first such flight, this is just a beginning of the humanitarian assistance for the people of Afghanistan, as more would be carried out in coming days,” he remarked.

Khan further stated that two more C-130 flights carrying relief goods would be arranged for Kandahar and Khost on Friday and Saturday, respectively.

He said the activity would continue for weeks and months, and Pakistan’s public and private sectors and charity organisations will be sending humanitarian supplies to Afghanistan in a systematic way. 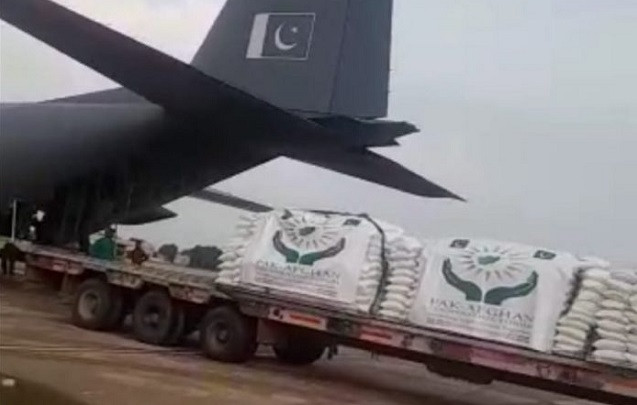 The relief goods included around 10 tonnes of flour, 1.5 tonnes of ghee and a huge quantity of emergency medicine. PHOTO: APP

Beside air routes, the envoy maintained, the goods would be transported through Pakistan’s land routes, including the Torkham and Chaman borders.

A day earlier, it was reported that the government had decided to dispatch humanitarian assistance comprising food and medicines for the people of Afghanistan, the Foreign Office had said in a statement.

“Three C-130s are being dispatched to Afghanistan. After the first immediate tranche through the air, further supplies would continue through land routes,” it added. The statement said that the government will continue to do its best to help Afghan brethren during the prevalent challenging environment.

“Pakistan also urges the international community to play its role in helping the people of Afghanistan to avert a possible humanitarian crisis,” it further read.

Previous Court orders Meesha Shafi, others to appear before it on Oct 6
Next Afghan journalists beaten in Taliban detention, editor says

ISLAMABAD: In a bid to expedite the perpetually postponed local government elections, the Election Commission …