A group of Dalit women activists in India are dedicating their lives to the dangerous task of supporting members of their community who have survived sexual abuse.

Their work usually involves a secret fact-finding mission at the village where a survivor lives in order to help her build a case, Rekha, an activist aged 24 told CNN.

“There is an element of fear,” says Rekha. “The perpetrators also live in that village, or nearby.” But working in a group helps, she says.

These women are from the Dalit community, officially also known as Scheduled Caste, traditionally positioned on the bottom rung of an ancient, hierarchical structure that can confine Indians to a particular trade, choice of marital partner and whom they mix with from the moment they are born.

Sexual violence and rape against Dalit women and girls have been brought into sharp focus, once again, after a 9-year-old girl was gang-raped and murdered in the capital of Delhi last month. Four men, including a Hindu priest, have been charged but have not yet entered a plea. 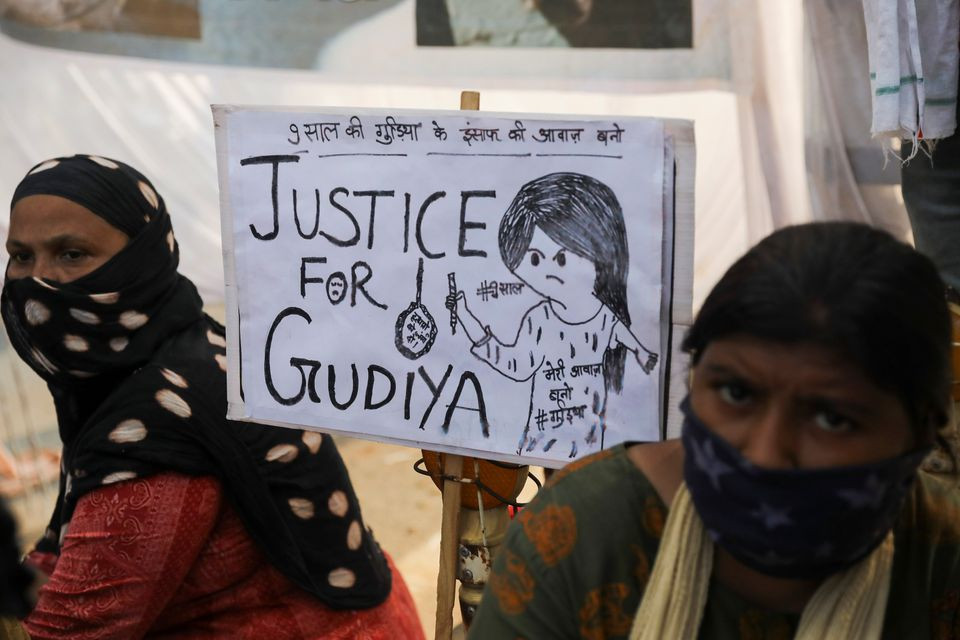 In 2012, the year of the infamous Delhi gang rape and murder of a student on a moving bus, there were almost 25,000 cases of reported rape in India, according to India’s Ministry of Home Affairs. And 1,576 incidents of rape cases were against Dalit women.

Since then, reported rapes have been on the rise, with more than 32,000 recorded in 2019. For Dalit women, the numbers have more than doubled, to 3,486 incidents. But the difficulties in reporting rape in India, especially for the Dalit community, mean that the true figures may be higher.

The activists say that Dalit women bear the brunt of widespread caste discrimination which, although outlawed, is part of the fabric of Indian life and affects their daily lives.

Anoushka says she was gang raped at the age of 15 in 2012, the same year as the Delhi case, which garnered worldwide media attention and led to tougher anti-rape laws. 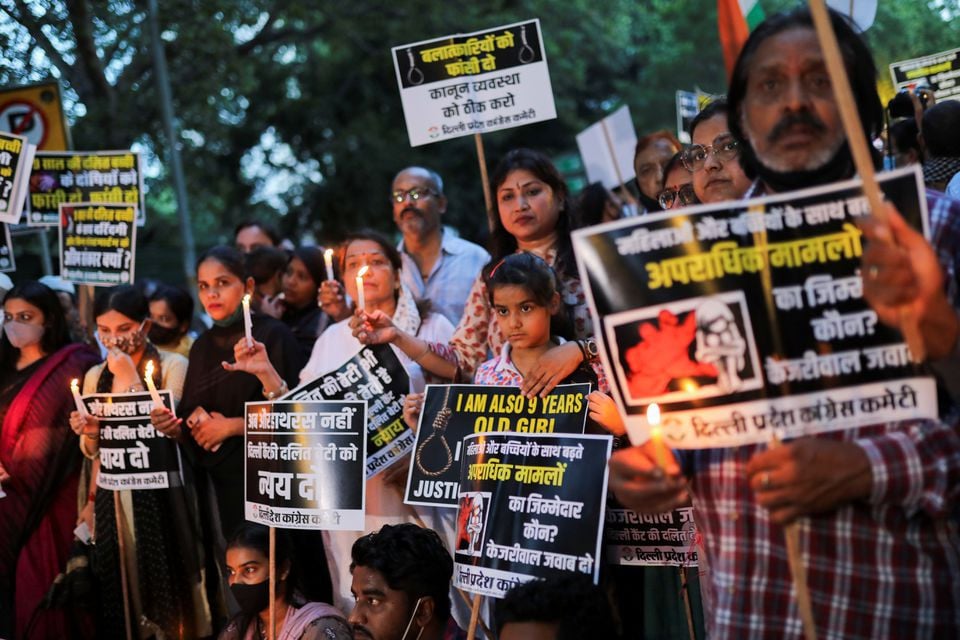 The 23-year-old, the eldest of seven siblings, says she was attacked by a group of upper caste men with land, money, power, and “a political connection.”

She says they demanded that she drop the case and claims her upper caste attackers paid off officials investigating her case.

The men were acquitted and continue to live in a nearby village and issue threats, she says. Five years ago, she claims she lodged a complaint with the state high court, but nothing has come of it.

“Every time I read about another case of sexual violence, I return to what happened to me… I am extremely heartbroken that nothing has changed,” she says. “Until every woman is safe in this country, no woman is.”

Dalit Women Fight reached out to her and she ended up joining the team as a frontline defender, supporting survivors of sexual violence. She asks to be referred to as a rape survivor rather than a victim, saying: “The shame is not mine.”

In their daily work, someone from a team of around 200 local volunteers from five Indian states (Madhya Pradesh, Uttar Pradesh, Bihar, Rajasthan and Haryana) would contact the survivor of sexual violence — whom the activists regard as their “sister” — and obtain permission to visit, Rekha explains. They may also need to stay overnight, she adds.

“Every time I read about another case of sexual violence, I return to what happened to me… I am extremely heartbroken that nothing has changed,”

The activists often accompany survivors of sexual violence to police stations and to the hospital for medical examination, the results of which would be used as evidence in court. This support is needed because the police do not take their cases seriously, the activists say.

“As soon as the police officers see us, their tone changes because we are Dalit women,” says Rekha. “And they ask why we’re accompanying the survivors when they can file their own complaint.”

Although caste discrimination is outlawed, the police force looks down on Dalit women, admits a former director-general of Uttar Pradesh police, Vikram Singh.

“Things are changing,” Singh tells CNN, but “we have a very long way to go before… there is total equality (between) Dalit women and non-Dalit women.”

Read full story here: A 9-year-old girl was raped and murdered in India

Previous China aims for ‘civilised’ internet
Next IPL 2021: Franchises To Pool In For Charters For Players In CPL, Sri Lanka-South Africa Series