ENG vs IND, 2nd Test: Deepti Sharma To Ring Bell At Lord’s Before Start Of Day 4 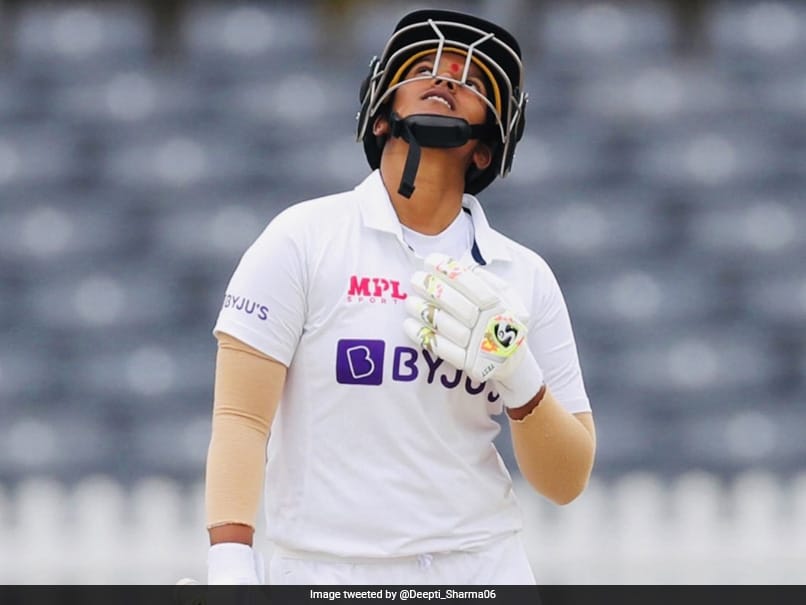 Before the start of play on Day 4 of the ongoing Lord’s Test between India and England, women’s all-rounder Deepti Sharma will be ringing the bell at the Home of Cricket to set the ball rolling. The ringing of the bell during a Test match at Lord’s Cricket Ground by an international cricketer, administrator is a tradition which started in 2007 and has been followed since then. BCCI Women’s official Twitter handle confirmed the development, saying: “Stay tuned for start of Day four of the second #ENGvIND Test as #TeamIndia all-rounder @Deepti_Sharma06 will ring the bell at Lord’s.”

Former Indian wicketkeeper-batsman Farokh Engineer had rung a five-minute bell before the start of the third day of the ongoing Test match.

Mohammed Siraj led India’s charge to bundle out England for 391 in the first innings of the second Test. Skipper Joe Root was left stranded on 180* as James Anderson was dismissed on the final ball of day three.

England lead by 27 runs and when India take on the field on Sunday, the visitors will look to score as many runs as possible in the second innings.